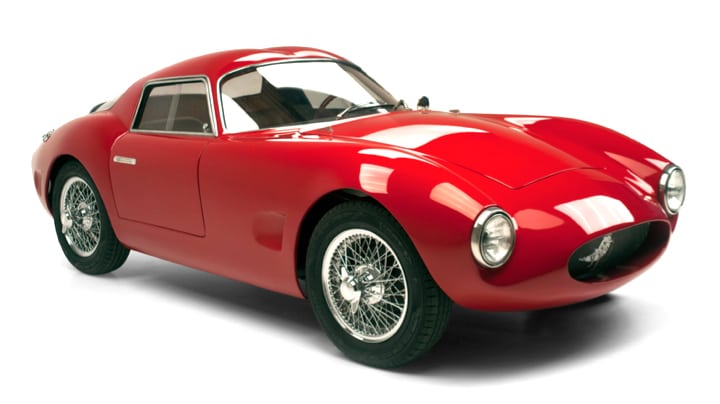 Retro is the New Design Cool

Both four-wheel drive and all-wheel drive are drivetrain systems that operate all four wheels of the vehicle to enhance traction in various low-traction situations such as inclement weather, off-pavement, and the like. If you’ve ever wanted to know how these systems work, read on.

It’s All About Torque

To understand what the 4WD and AWD systems are doing for a vehicle, we must first understand torque and traction. Torque is the twisting force the engine produces, which can be upgraded or downgraded through gearing. This power is distributed to two or four wheels via the axles through the transmission. Transmissions take many forms, but all of them transfer the engine’s torque to the vehicle’s wheels whilst changing the amount of torque being delivered. Similar to a transmission, a transfer case or differential will multiply the torque and split power between drive units. The torque multiplication is measured in gear ratios, the transfer between wheels or axles by percentages of total available torque.

Traction, on the other hand, is the amount of force a given wheel can apply to the surface it’s on without slipping. Hundreds of foot-pounds of torque mean nothing if the wheel it’s being sent to cannot find a purchase to put the vehicle in motion. Traction is primarily a function of the coefficient of friction for the tires being used (amount of force between two surfaces and the force holding them together, i.e. the tire vs the road). The weight on the given tire compounds the amount of friction created by pushing the tire into the road more steadily. Weight on a given wheel is affected by a multiple of things from vehicle weight distribution to suspension and passenger or cargo load. Given together, the motive force of a vehicle is not merely a property of its engine power, as is commonly assumed, but of its ability to apply maximum torque to the surface it’s driving upon without slippage. This is why tire choices are so important to both on-road and off-road performance. That said, in most given situations, four wheels (rather than two) attempting to find traction are more likely to utilize all or some of the vehicle’s torque output to propel the vehicle forward. This is why four-wheel and all-wheel drive vehicles are becoming so popular. There are a few downsides to having these systems, but modern mechanics have overcome most of those to make these systems, especially AWD, palatable to everyday drivers who only occasionally encounter a real need for improved traction.

Every vehicle has at least one differential, located on its drive axle. Whether front-wheel, rear-wheel, all-wheel, or four-wheel drive, a differential on at least one axle distributes power to the wheels to its left and right. These will have gear ratios given in numbers that are multiples of torque delivered from the engine and transmission. These differentials also serve to balance power so that when one wheel requires more spin than another (such as in a turn), that is accommodated to avoid wheel slip or drag. On an AWD or 4WD system, multiple differentials are often in use. A typical AWD system will consist of an engine providing power to a transmission which, in turn, sends power to a differential which splits that power to the two axles to propel the vehicle. This center differential is usually geared to send power to the front and rear axles in a set ratio, depending on the vehicle’s design. A typical small crossover, for example, will likely have a front-axle bias with the center differential defaulting to a ratio of 60:40 front:rear for torque delivery. Most Subaru vehicles, on the other hand (e.g. Outback), are split in a default 50:50 front:rear through that center differential, which changes that ratio based on need, and are full-time AWD. Some AWD systems are part-time, with a clutch in the center differential disconnecting one of the axles during most driving to conserve fuel. A newly-emerging type of AWD has no physical connection between the engine powering the vehicle and the rear axle, which is instead powered by an electric motor in a hybrid-electric setup. An example of this is the new Toyota RAV4 Hybrid.

Looking at ratios, the gear ratio in the transmission for first gear, as an example, may multiply torque by 3.5 times, sending that down the driveshaft to the axle. The differential on the axle will then add another 3 times to that number, sending half that total torque to the wheel on the left and the other half to the wheel on the right. In an all-wheel drive system, a differential at the center of all of this further splits the torque to send some to the front and some to the rear axle.

In a typical four-wheel drive system, the axle differentials are present, but there is no center differential. Instead, there is a geared transfer case, which is essentially another type of transmission meant to not only gear power up or down, but to also transfer it to both axles (hence the name). A typical 4WD transfer case has two gear sets and a disengaging clutch. The gear set will be split as “High” and “Low,” often using a planetary gear. This is usually manually selected by the driver. In most cases, the low gear (aka “4-Lo”) is used at low speeds in difficult terrain or situations where maximum power is needed and excellent traction can be had. Pushing through thick snow, slogging a river, or climbing a steep hill are good examples of that need. Otherwise, the 4WD system will be operated in “4-Hi,” which can be used at higher speeds and in less difficult terrain. Most 4WD systems are part-time (ala the 2016 Jeep Wrangler) and can be disengaged by the driver so that the vehicle operates in two-wheel drive (usually rear-wheel drive) most of the time. This aids efficiency and reduces wheel drag and wear. Some vehicles are full-time 4WD, such as the Toyota Land Cruiser, meaning that the four-wheel drive system is always engaged.

Looking at a typical four-wheel drive vehicle from several decades ago, we would see an engine powering a transmission which sends power to a transfer case. That transfer case has a two-gear ratio and disengagement clutch. In normal operations, the engine’s power is sent through the transmission to the rear wheels via a rear-axle differential. This differential would be either fixed (50:50 to either side at all times) or limited-slip (capable of sending more power to one side or the other). When the transfer case engages, it sends power to the front axle as well, in 4-Hi. When engaged in 4-Lo, that power is nearly trebled for more low-range power delivery. Only rarely would the front axle be limited-slip and most of the time its differential would not be capable of changing power delivery even for cornering. Quite often the front hubs would have to be “locked” manually in order to connect them to the axle – they would otherwise free spin when being driven in two-wheel drive mode, allowing for less maintenance and better fuel economy. Additionally, the rear axle can typically be “locked” to force power to be delivered 50:50 to each wheel, which can aid traction when stuck.

Today, a much higher-tech system may be in play in a typical AWD vehicle. A part-time all-wheel drive drives the front wheels most of the time and engages the all-wheel drive only when needed and “on the fly.” The vehicle’s computer will use a combination of inputs to engage a mechanical, magnetic, or other type of clutch in the center differential which engages the rear wheels when added traction is necessary. Many Fiat Chrysler vehicles, such as the Chrysler 200 in AWD, use this system. The differentials on each axle also have limited-slip, allowing for power delivery to be dynamic between wheels on an axle. In four-wheel drive systems today, many improvements on the vehicle’s mechanics have also been seen. These can include limited-slip differentials on both axles, shift-on-the-fly 4WD (hubs lock automatically), better management of cornering and wheel turn through selective application of braking and power delivery, and more. A 4WD truck of today is far more sophisticated and capable than was a similar truck fifty years ago.