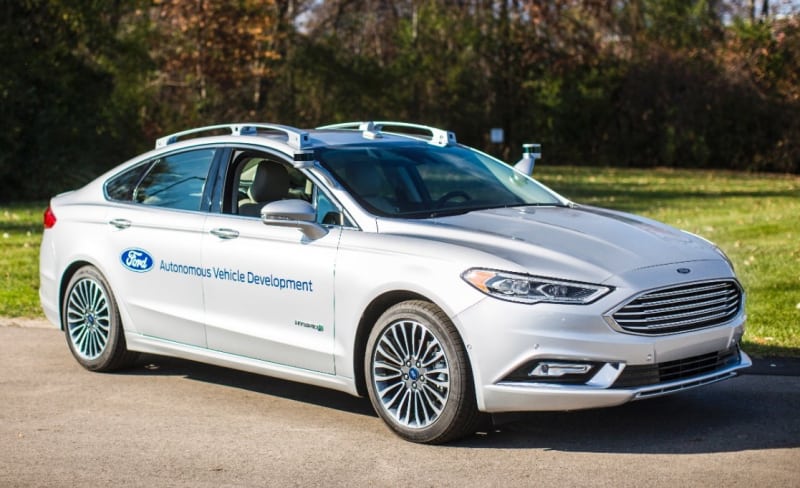 Ford plans to introduce the next-generation of the Fusion Hybrid equipped as an autonomous development vehicle a both the Consumer Electronics Show (CES) and North American International Auto Show (NAIAS) during January 2017. The autonomous vehicle uses the same platform and hardware, but has new computers and processors to boost its ability to adapt and react.

Ford says that electrical controls are close to production-ready and sensor technology and placement is well-refined. A new LiDAR sensor unit has a more sleek, small design that gives a more targeted field of vision to the car. This allows just two instead of four sensors without losing data gathering input.

This new-generation Ford Fusion Hybrid ADV has been three years in development from the previous generation. Ford plans to have a commercially-available autonomous vehicle by 2021 to be launched as part of its ride-hailing and ride-sharing service connections.

To support that, Ford announced four key investments and collaborations that are expanding its strong research in advanced algorithms, 3D mapping, LiDAR, and radar and camera sensors: