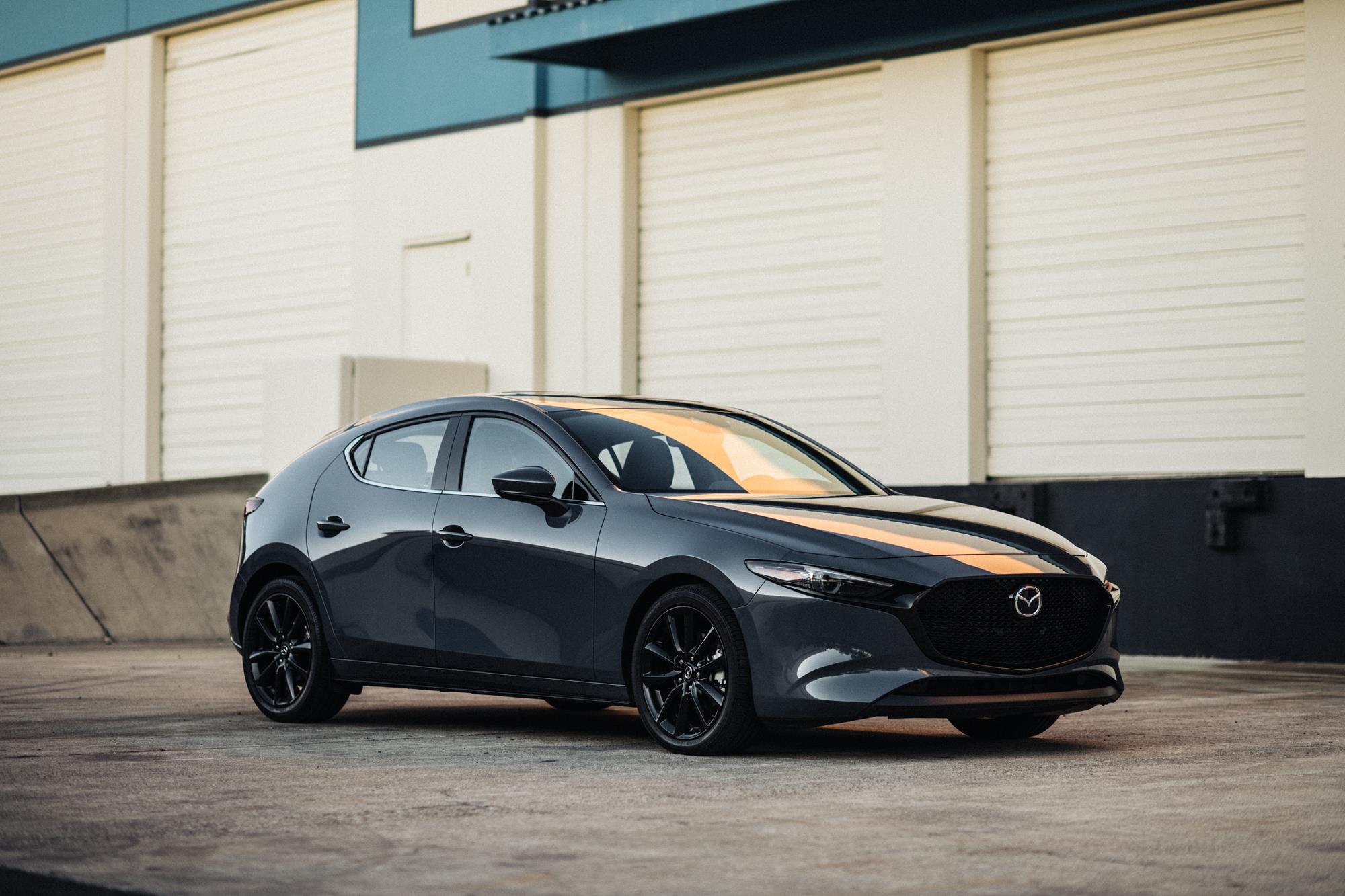 The 2019 Ram 1500 Rebel is the off-road-centric model in the newest edition of Ram’s half-ton pickup truck. The Ram 1500 in its Rebel model may not have been around when Jack London wrote about Buck, but the truck epitomizes what would be considered the spirit of that dog. The Rebel is overbuilt, extremely capable, and rides on the edge of being feral. 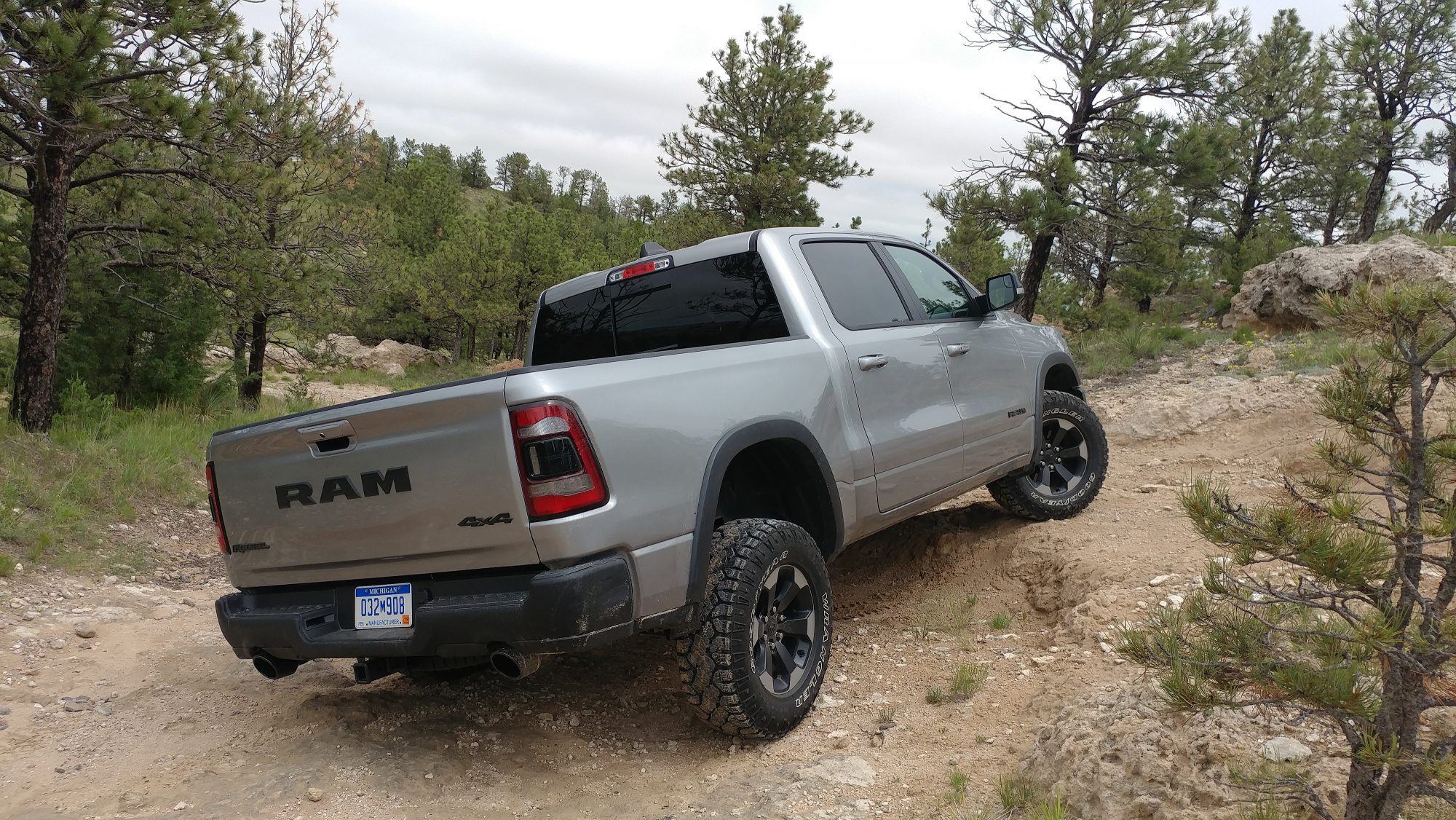 The 2019 Ram 1500 has been completely remodeled from the ground on up. We were first introduced to the truck at an event in Arizona, where we drove it briefly in various formats. One of those was the Rebel, which has become the sort of Junior Power Wagon in the Ram Trucks line. Since that introduction to the new truck, we drove it as a press loan for a week and again at an off-road event in Colorado.

In all three instances, we were immediately impressed with the Rebel’s overwhelming persona. This truck is big, beefy, capable, and action-oriented. Everything about it says so and while it may seem a bit loud and boisterous about that claim, it delivers on it when called to prove itself. There’s no hollow bragging going on with the 2019 Ram Rebel.

Like any Ram 1500 in the lineup from FCA’s pickup truck arm, the Rebel offers plenty of towing, hauling, and daily driving capability as assets from its basic design. Full-sized pickups are often the sedan, minivan, weekend warrior, and catch-all get-there vehicles found in American driveways and usually fulfill more roles than ever before. The Ram fits snugly in that expected set of roles. The Rebel adds to that with serious get out there gear.

The 2019 Ram 1500 Rebel is itself a trim model in the Ram 1500 lineup of trucks. It fits between the Big Horn (aka “Lone Star” in Texas) and Laramie models in terms of fit and trim, leaning more towards the Big Horn than the more luxurious Laramie. Here’s what’s included over and above the Ram 1500’s Big Horn package:

Several options for the 2019 Ram 1500 Rebel are available as upgrades, including: 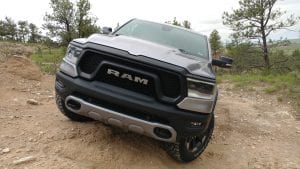 On the outside, the 2019 Ram Rebel adds a lot of flair to the solid-appearing design components of the 2019 Ram 1500 line. Most notable of these are the wide fender flares, heavier suspension behind the wheels, beefier tires on those wheels, and Rebel-unique markings on the truck. The grille on the Rebel is offset from the bodywork for emphasis, tow pins emerge from bulky bumpers, etc.

The 2019 Ram 1500 Rebel benefits from the well-made interiors that mark all of the Ram Truck models. The Rebel adds on lots of red highlights, tire markings mimicking the Goodyears on the truck as seatback print, and more. The flair of the outside is brought inside the Rebel to impress upon those inside that the truck is burly and ready to hit it.

For some, this in-your-face design attitude of the Ram Rebel might be a put off, but others will be drawn to it. We can understand that as the 2019 Rebel has a lot more ‘tude than the average truck and many people tire of the same old “blah” in their drive choice. 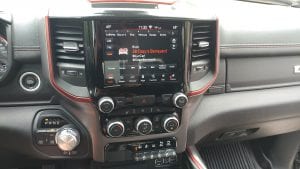 In the end, with all of the markup for its attitude adjustment, the Rebel is still a very comfortable pickup to sit in. It has tons of convenience throughout its layout, including enough drink holders for a platoon and storage space for an army’s worth of gear.

That extends to the back with the cargo bed having a bevy of factory, dealer, and aftermarket options for stowing, hauling, and securing stuff aplenty. Up to 1,770 pounds worth of stuff. Plus towing for up to 11,340 pounds of trailer and cargo.

The 2019 Ram 1500 Rebel is powered by either a six- or eight-cylinder engine. The base level V6 is a 3.6-liter gasoline burner with a mild hybrid add-on called eTorque. eTorque boosts power output and improves efficiency for the V6. This combination output 305 horsepower and 269 pound-feet of torque, which it sends to an eight-speed automatic transmission. 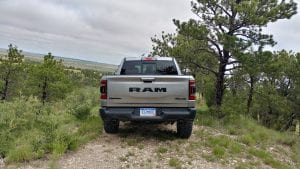 The upgrade goes to the 5.7-liter Hemi V8, which outputs 395 hp and 410 lb-ft of torque. The eight-speed transmission is again the go-to. We like this setup for its balance of power and on-road goodness and would recommend upgrading from the V6. Unless you need more power and efficiency. Then there’s another upgrade option: the V8 with eTorque. We have yet to drive this option, but Ram has finally put it into production, so we expect to experience it soon.

On the road, the 2019 Rebel is as might be expected of an off-pavement-centric drive. It’s smooth most of the time, but you’ll feel those tires and beefier suspension components. Especially when accelerating, under heavy crosswinds, and in maneuvers. When towing, the Rebel also has a more jerky feel compared to the standard 1500 models, but not so much that it feels unsafe or incapable. It’s just more obvious that there’s a trailer on.

Those quirks are small, really, and come with the territory of the off-road gear that the Rebel includes. Off the pavement, that gear becomes a focal point. To good effect. The Rebel is as or more capable than almost anything you can name in this category. It’s not as fast as the Ford Raptor, maybe, but it’s more all-terrain than is the Raptor. It’s nearest competitor is probably the Chevy/GMC twins with their AT4-equivalent packages, but the Rebel is more apt to throw itself into the terrain than are the less excitable GM twins.

All the way around, the 2019 Ram Rebel is a great pickup to drive on and off the road.

The 2019 Ram 1500 Rebel is an excellent truck with every quality an off-road enthusiast (whether occasional or regular) would want in a factory machine. As a get-there pickup, it’s got it going on. The Rebel retains the capability and versatility that have made pickup trucks popular as well, which keeps the truck from becoming too feral so that it can be in suburbia without causing too much ruckus.

Test Period Length and Limitations
The 2019 Ram 1500 Rebel was driven on three separate occasions. First was an all-expenses paid trip to Arizona for a brief introduction and drive event. Next was as a week-long press loan from the manufacturer. Last was at a multi-manufacturer off-road-oriented press event in Colorado. On these occasions, the Rebel was driven with varied passenger loads, varied cargo and trailering loads, and varied terrain and weather.