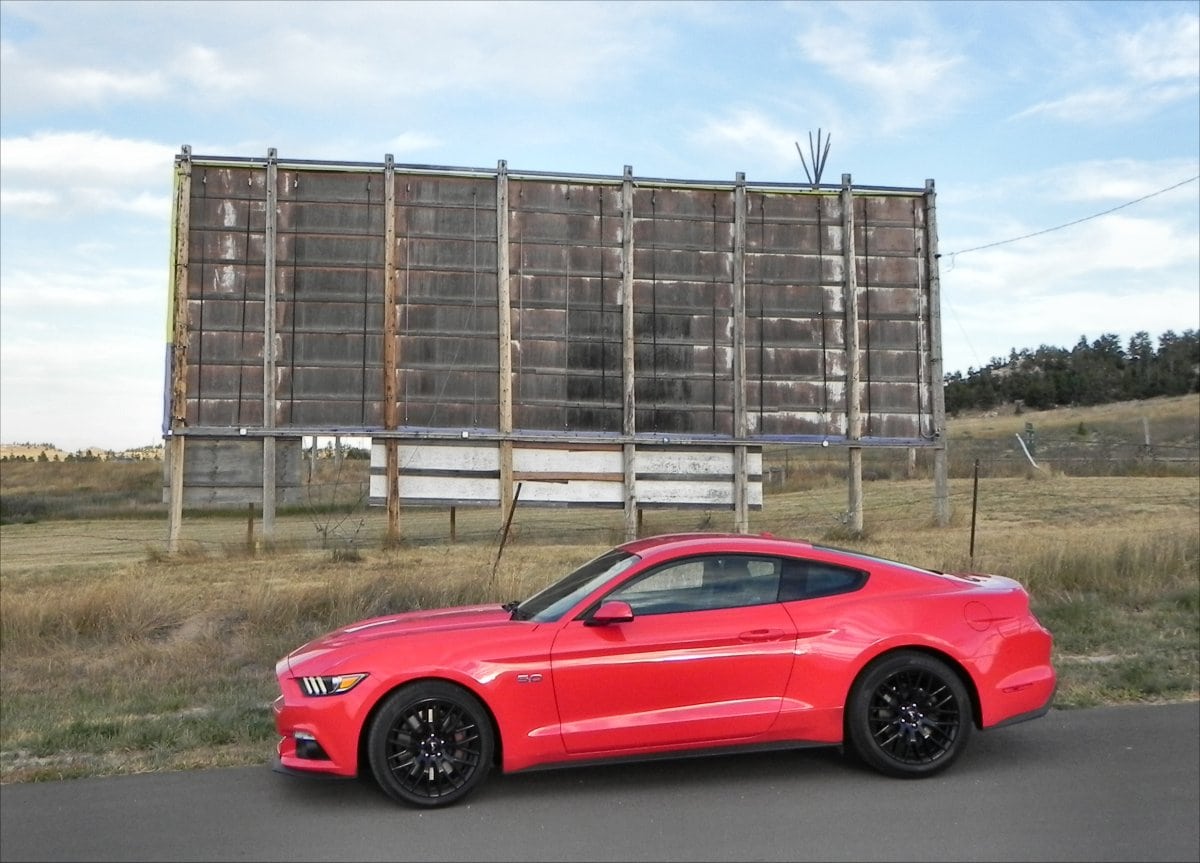 The fiftieth anniversary of the Ford Mustang was not to go unnoticed and to celebrate, Ford introduced the 2015 Mustang GT as the iconic pony car’s newest and best rendition yet. Everything that has always been a bone of contention in previous generations has been fixed. The 2015 Ford Mustang GT is the top of the line option for the Mustang. The GT model has the best engine, the nicest interior, and many other goodies that are now standard on the new Mustang.

In the past, the Mustang has been known for its harsh ride characteristics, stiff cornering, and afterthought interiors. All of those are changed for the new generation and after fifty years, Ford has finally created a Mustang that is more than just a new rendition of the latest in the pony car line. The Mustang is now a true sports car with all of the capabilities that title would imply.

The 2015 Mustang is offered in six trim levels as a coupe and convertible. The lower trims are V6-powered and include a turbocharged EcoBoost option. The GT models are all V8-powered with two major trims (GT and GT Premium) as well as a limited-edition 50 Years commemorative model. Our review here is for the GT models.

On the outside, the 2015 Mustang GT is a great looking car. The new front fascia has a powerful, but not overbearing look and keeps some nostalgic throwbacks to the previous generations with its grille shape and lower scoop. New, peering headlamps and wide fog lamp bezels add a lot to the head-on look while the upward curve of the hood and its dual accent peaks running along either side remind us of the old days and hint at the power lurking under there. Along the sides, the classic mustang “stripes” are in place, with the upper wedge running from the top of the front wheel well to the beginning of the rear end’s bulge. Underneath that, a heavier, mirroring line runs as both an accent and a running board hint. The fastback coupe roof line is still there as well, something that the newer generations of the Mustang have made a styling point.

The rear end is a near-fastback design, though the deck lid extends a bit and the rear is no longer clipped off, but rounded down. The single tail lamps with integrated lighting and gill-like shaping are still there, much to the chagrin of many fans.

In all, the exterior of the new Mustang is very well done and has a successful mix of forward-looking styling and nostalgic reminders. On the GT model, added badges to denote the car’s powerful status are included, starting with “5.0” chrome behind the front tires and a big “GT” on the rear fascia. There are nostalgic touches to the 2015 Mustang’s interior that remind us of the older generations of this pony car, but those are set inside a much more modern, comfortable design. Materials quality is good, though not best-in-class, and the interior’s design layout is much more comfortable overall.

The front seats are buckets with the upgraded Recaro seating being more sport-tuned, but less adaptable to driver preference. The added tilt-telescoping steering wheel (another first for the Mustang) is a huge addition to comfort levels for the driver.

The interior feels more spacious than it has before, though the back seats in the Mustang are still mostly for show and maybe a small dog. Even installing child safety seats is difficult due to the layout of the car.

For infotainment, the Mustang offers MyFord Touch with the Sync voice recognition system. This is much improved over previous generations with a lot less lag and a far shorter learning curve. The voice activation is especially well done.

Unusual to find in the lower price point our top-shelf drive was in is the advanced safety tech. These are optional, but Ford’s adaptive cruise control and active crash mitigation systems are amazingly well done and well worth the upgrade costs for those who drive in traffic often.

Under the Hood and Performance
in the Mustang GT The 2015 Mustang GT is powered by a big 5.0-liter V8 that produces 435 horsepower and 400 pound-feet of torque. A six-speed manual is standard and a six-speed automatic with paddle shifting is optional. Rear-wheel drive is the only option with either transmission. On average, our 0-60 mph times in the GT with a manual transmission were just about 5 seconds. Professionals can get it down near 4.5.

The EPA gives the Mustang GT a surprisingly good fuel economy rating for its power. With the automatic, it’s rated at 19 mpg combined (16 mpg city, 25 mpg highway) and the manual receives a rating of 19 mpg combined (15/25). We found these to be realistic for daily driving with our average over a week of driving in the manual coming out at 19.6 after 471 miles of driving, which included a lot of performance runs.

One of the best additions for the new generation, however, is the independent rear suspension. This is the first time in the Mustang’s fifty years that it’s had anything other than a hard axle back there and it makes all the difference. The solid rear axle has been dropped in favor of a more modern independent ride that offers much better stability, handling, and far better cornering.

Out on the Pavement in the
2015 Mustang GT

Out on the road, we found the new 2015 Mustang GT to be a beautiful car to drive. Around town, it rumbles nicely and glides down the street with a lot of style. No one who sees this car will mistake it for anything but an American pony. It accelerates well out of lights and is relatively easy to park and maneuver. On the highway, the 2015 Mustang GT is a powerful drive with a good presence. It’s comfortable and confident and relatively quiet given the price tag. Passing and accelerating up on-ramps is, of course, no sweat for this beast. A lot of newfound comfort in the Mustang comes from that new rear suspension.

In performance driving, the 2015 Ford Mustang GT corners with power and is a far better hard-driver than it has been in the past. No more tire squealing and traction sliding to get this pony car and its hard rear end around the corner. Now, it glides and turns like a true sports car with a powerful metric. Our “15 mph curve” test had it making a two-lane 90-degree turn at 65 mph without tire squeal. That’s not exactly Corvette or F-TYPE territory, but it’s well ahead of the Challenger.

The Ford Mustang has no want for competitors in both the American muscle car arena and the imported sports car segments. The Chevrolet Camaro and the Dodge Challenger and Charger are two domestic rivals offering similar nostalgia and power. The Hyundai Genesis Coupe is a good sports contender at a similar price point. A handful of German options might also be considered competition.

This is by far the best new Mustang yet. Although others might offer better performance on paper, the Mustang GT offers a lot of bang for the buck. The interior is excellent and the drive experience is far improved, putting the GT back on par with its competitors. For nostalgia, fun driving, and everyday ergonomics, the Mustang GT is a great choice.

Test Period Length and Limitations
The Mustang was a manufacturer’s press loan for about a week. During that time, a total of 450+ miles were put on the car in various driving conditions, including performance driving, around town, in urban environments, and on the highway and freeway.